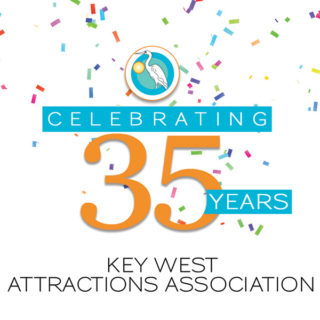 While tourism has been the Keys’ dominant industry since the 1970s, it was just the beginning of the economic engine that drives us today.  The Key West Attractions Association (a non-profit membership association) was formed back on December 2, 1982 when a group of local businesses partnered together to have one voice. The idea was that, as a group, they could promote Key West as a travel destination to a much farther reaching audience.  Our ideologies are based on marketing entertainment to tourists and locals alike. Internally we could provide educational opportunities for the members and improvement of their businesses and community. Now, 35 years later the association is one of the oldest around and its ideologies are still the same.

Get the 2017 deals before they are gone!

There are only a few short weeks left to use your 2017 Vacation Pass for Key West attractions and activities! But don’t worry, the 2018 Pass will be available in January with all new offers!