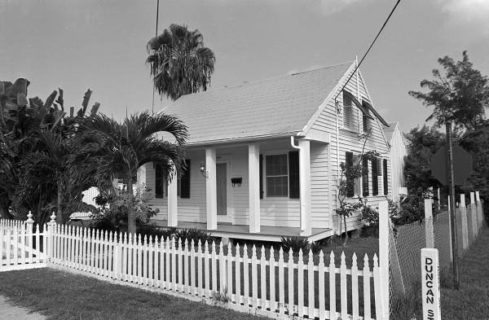 Tennessee Williams is known as one of the greatest 20th century American playwrights. He called Key West home from 1941 until his death in 1983. To honor and remember this Key West icon, the Tennessee Williams Key West Exhibit hosts an annual Birthday Celebration in the form of fun events.

This year, the Birthday Celebration is happening between February 26th and April 15th and will be following the theme of Tennessee Williams, The Screenwriter.

On Tuesday, February 28th there will be an Event Kick-Off and Membership Party held at the home of Dennis Beaver and Bert Whitt from 6:00pm to 8:00pm. There will be Hors d’oeuvres, Open Bar, Entertainment and the Tennessee Williams Legacy Award Presentation. If you are interested in becoming a member or renewing your existing membership, you can do so on the Tennessee Williams Key West Exhibit website. 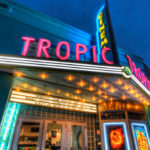 The Tropic Cinema will be hosting a Classic Film Series on Monday nights to showcase screenplays written by Tennessee Williams. You will be able to see A Street Car Named Desire (March 6th at 6:00pm), The Rose Tattoo (March 13th at 6:00pm), and The Loss of a Teardrop Diamond (March 20th at 6:00pm). There will be a Film Forum on March 27th from 5:30pm – 7:30pm. Purchase your tickets by going to the Tropic Cinema website. 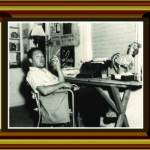 A reception honoring the 106th birthday and life of Tennessee Williams and his literary contributions to the world will be held at the Tennessee Williams Exhibit, 513 Truman Avenue (off Duval St.) on Sunday, March 26 from 6 p.m. to 8 p.m. An exhibit of the paintings done during the painting contest will be on display and the writers of the two winning poems and the two short stories from the poetry and short story writing contests will be announced. There will be a birthday cake, wine and other light refreshments. A suggested donation of $10 will be appreciated.

Coming from Out of Town?

You’ll want to grab your 2017 Key West Vacation Pass too. It could save you tons on events and attractions while you are here.