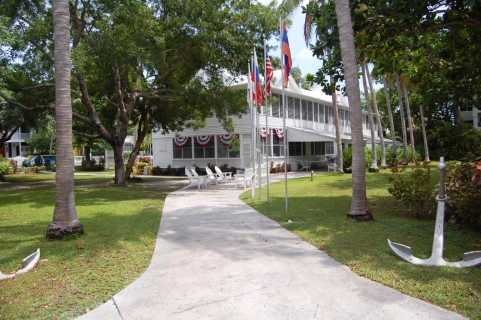 The Harry S. Truman Little White House is one of Florida’s greatest historic treasures. The home was used as the White House of the United States during the Truman administration. Step back in time to experience the house as it was redecorated for President Truman in 1949. Most of the furnishings are original and used by President Truman. It was also used by inventor Thomas Edison, who resided here for six months while perfecting 41 new weapons for the Navy during WWI. President Truman first came to use the site as a vacation retreat that became the functioning Winter White House from 1946 through 1952. Later Presidents Eisenhower, Kennedy, Carter and Clinton found it the perfect vacation get away. In 2001, Secretary of State Colin Powell selected it as the site for international peace talks between the governments of Armenia and Azerbaijan. A fully narrated guided tour of the site informs and entertains as you visit the site. A free printed guide allows visitors to discover the tropical flora that make up the surrounding botanical gardens that form a park-like setting for the Little White House. The Harry S. Truman Little White House is the perfect venue for corporate dinners and bridal ceremonies and receptions. The canopy of trees filled with twinkling lights bring about magic moments.