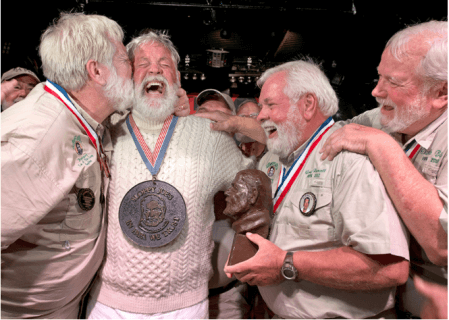 July celebrates perhaps two of the most well known historical figures in Key West: Treasure Hunter Mel Fisher and Pulitzer Prize-Winning Author Ernest Hemingway. Whether you are interested in exploring the ocean for sunken riches or prose for pearls of wisdom, you will find the adventure you’re looking for at our festivals for these historical figures. 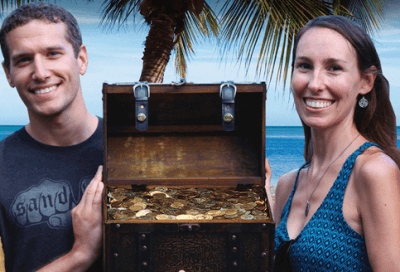 Who hasn’t dreamed of finding lost treasure—especially after adventured-filled tales like Pirates of the Caribbean, Indiana Jones, National Treasure, or even The Goonies and Aladdin?

In July of 1985, Mel Fisher lived out one of America’s greatest dreams of discovery when he found the wreck of an ancient Spanish ship, which had been sitting on the ocean floor since 1622. That fateful day, Mel Fisher and his crew discovered nearly $400 million in shipwrecked gold, silver and emeralds and Mel became a historical figure overnight.

Thursday will kick off of the 30th Anniversary of Mel’s discovery. Watch Key West turn into a town of pirates overnight and help us celebrate with costume contests, a hunt for a treasure chest of $5,000 in coins, street fairs, a silent auction, a Pirate Ball, booty bingo, midnight poker and trivia. Don’t miss out on a weekend of nautical-themed adventure!

See how you can join one of Key West’s largest festivals by visiting http://melfisherdays.melfisher.com/

Literary legend Ernest Hemingway left a powerful legacy in Key West, after living and writing here throughout the 1930s. During his time in our tropical town, Hemingway was often found hunting large fish in local waters and composing novels in his Whitehead Street writing studio.

For further details about the events on one of our most beloved historical figures, go to http://www.fla-keys.com/news/news.cfm?sid=9134